>WE’VE GOT THE POWER

Home > >WE’VE GOT THE POWER 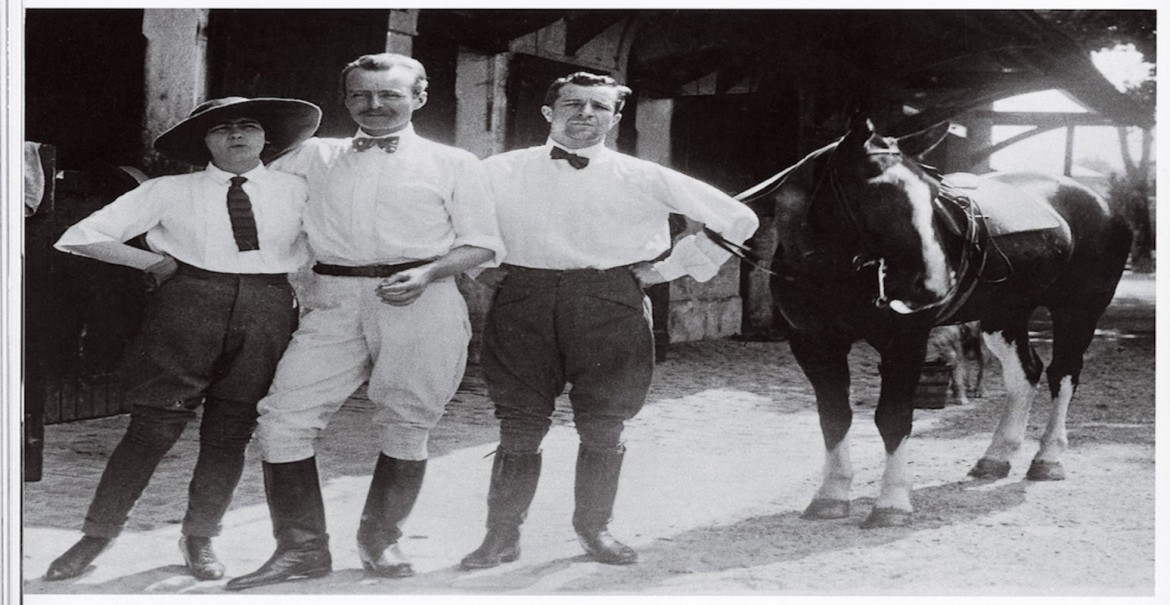 WE’VE GOT THE POWER

WE’VE GOT THE POWER

In an age when many women take their political freedoms for granted, they would do well to recall that for nearly a thousand years their ancestors enjoyed neither political nor equestrian equality. An unwritten law stated that only a woman as masculine as an Amazon, as heretical as Joan of Arc, would have dared to ride astride. Simply, it was something a “lady” would not do. Consider that early in the 20thcentury, it was not considered important for women to win at competitive sports and so clothes were not designed to give the movement that would allow them to excel. Thankfully this was about to change.

In 1913, one of the most important female equestrian leaders in American history, Inez Milholland liberated her sisters from the sidesaddle, as well as helping obtain them the right to vote. By the 1920s women wearing trousers had become an acceptable fashion. But the dramatic social change began to be apparent in the early 1930s when women were offered the option of equestrian equality. They abandoned the sidesaddle in droves in favor of riding astride. The fall of the sidesaddle is well linked to the rise of female liberty.

What has all this to do with the fashion industry? Well, first of all women started to have independence, hence to choose on their own, so become trend setters and state their own ideas with clothes as much as with our words.

This is how important and how powerful what we wear is. It changes social and political laws, it makes us do thing we could not do before. It has a magic power.

The horse symbolizes tradition, luxury and ultimately authority. It represents the expensive ideals that horse riders and luxury consumers share. Everyone of us want to feel like they are part of this elitist group and the equestrian style makes us feel much closer to that particular class.

Horse riding, long a necessity for military men, became of interest to the wealthy in their leisure.

For a long time, moreover, the status of the horse stimulated strong feelings because it endorsed the identity of socially dominant groups and symbolized wealth and power, it is at the heart of rituals and social differentiation. For centuries it was considered a sport of kings and nobles.

Equestrian style and fashion was and it is a way to express a clear state of mind, determination power, class and exclusivity, belonging to a niche world reserved for just few, lucky individuals.

Think of the most luxurious brand on earth. Hermès began as a small harness workshop in Paris, which was dedicated to serving European noblemen and creating luxury harnesses and bridles for horse-drawn carriages. The Italian luxury fashion label Gucci, founded by Guccio Gucci in Florence in 1921 making luggage for aristocrats, has in more recent years returned to the world of equestrian sponsorship. Hermes and Gucci both started out as companies focused on horse equipment. Both companies branched out into the fashion industry expanding their luxury image. Even though they are mostly recognized today as luxury brands for apparel, they still have their image of traditional equestrian heritage intact. Both companies have sponsored horse shows and Hermes also still to this day sells horse gear, Gucci has recruited Charlotte Casiraghi, a 26-year-old show-jumper whose credentials also include being fourth in line to the throne of Monaco, as a “face” of the company.

The ease and comfort of masculine apparel inspired Gabriel Chanel early in her career and the Chanel suit is very much with us today. The superb cut and tailoring of riding apparel are as attractive today as ever before and perhaps as influential in the fashion choices available to women. The couturier Coco Chanel was an enthusiastic horsewoman who astonished her friends not only by riding astride but also making her own jodhpurs based on a pair owned by a male groom. Despite her late introduction to the horse world, she also became a passionate rider. The diamond-patterened quilting of the stable lad’s jackets served as inspiration for the signature quilting of the house, seen on everything from her famous 2.5 bags to her collarless jackets. More recently, Polo Fashions, founded by Ralph Lauren, he chose the name Polo because he was interested in promoting a lifestyle, and to him, the sport of Polo embodied a world of elegance and style.

For Tucci something else has happened. Franco Tucci started in the family workshop: the talent, acquired expertise and transmitted know-how of an artisan met, by coincidence the world of horses. A request of a customer that wanted a pair of bespoke riding boots. There was the moment where the Brand has found his identity and true nature. As beautiful as a pair of fancy shoes as functional as riding boots, obviously fitting like a glove and indisputable comfort of made-to-measure goods, crafted to last. Fashion eventually meets functionality.

Luxury labels and heritage brands are responding to a new demand for classic equestrian chic Horses have for ever been symbols of power in history and literature. Exquisite leatherwork, tailoring and practicality makes equine-inspired style sexy and timeless. Not everyone has the time or the resources to pursue an interest in horses, but despite many customers not actually being riders themselves, this is what equestrian-inspired ranges represent that lures shoppers eager to buy in to the lifestyle.

Many luxury labels are experiencing a renaissance thanks to horsey connections. Tucci has instead approached the equestrian world to shock it with the creativity and allure, with an eye always open on innovations and top performances. The new vogue is to achieve the best on both sides. A perfect triangle: Beauty of the lines, perfection in the manufacturing, innovation in the material and techniques. This is what the top Brand are communicating: Tucci, Hermes, Chanel, Gucci between History and modernity connected by a fil rouge called horse.